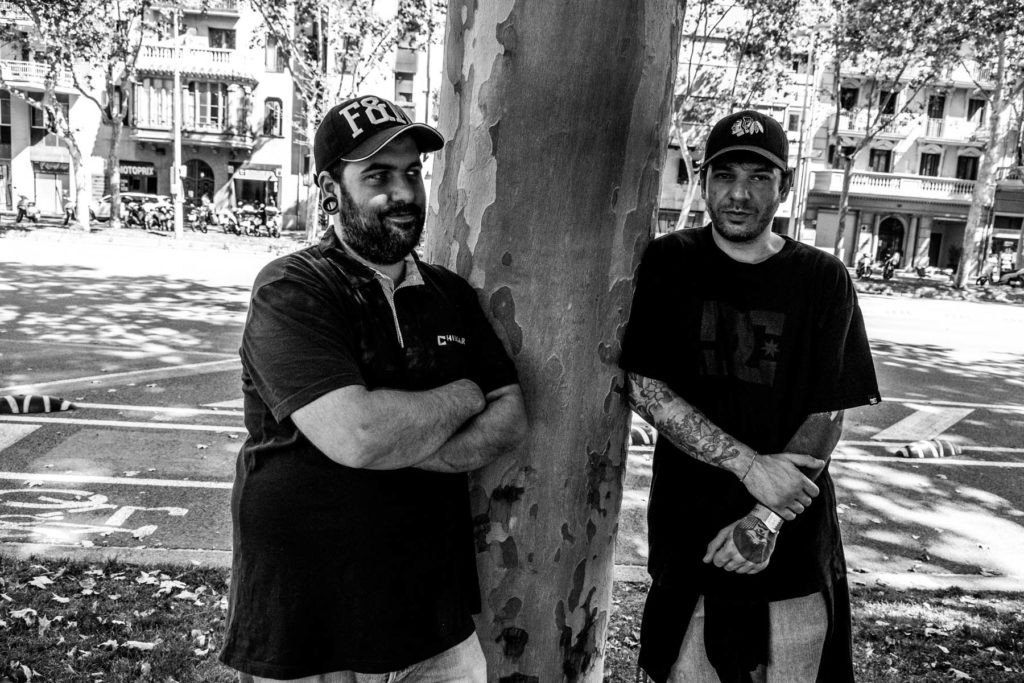 Vinyl purists, gear scientists, lo-fi tech-freaks and general purveyors of all forms of hardware,Lucretio and Marieu aka The Analogue Cops are the founders of Restoration Records. As the nameso boldly suggests, their imprint has been heavily involved in the deconstruction and reshaping ofthe house and techno sound since the duo moved to Berlin from the outskirts of Padova – Italy'sAfter the digitalisation of music which evolved thanks to the 'minimal' sound of the early 2000's,The Analogue Cops made it their objective to bring back the freedom and diversity whichcharacterised house and techno throughout the 90's. No more over-compression, no more syncbuttons, no more reliance on sub-genres, but a return to the source of it all and to the basics of theart form: hands-on and heartfelt beat-making centred around a much more wide-eyed vision ofdance music, one that still very much looks to the future and consistently makes reference to theTaking the aesthetic of Detroit and Chicago solely as a point of inspiration, the duo haveprogressively nurtured their own style – gritty, loose, improvisational arrangements boasting asingular sampling touch – one which is both instantly recognisable as their own and also partlyNever compromising their approach or deviating from their militant vision of what undergrounddance music represents, the Cops have collaborated with a number of trusted affiliates such asBlawan and Steffi, among others. Since 2010, they have nurtured the Appointment projectalongside Relative founders John Swing and EMG – a bi-monthly production jam of similarlyminded artists - and have also appeared on a string of different side-projects and other labelsincluding the UK's Hypercolour LTD stable. Their own imprints – Lucretio's Machines StatePolymers and Marieu's Enlightened Wax – have further developed their respective sounds into thePerforming either as a DJ duo or as a live act, Lucretio and Marieu's sets contain the same levels ofenergy and a distinctly personal touch. The former can include everything from the productions oftheir tight-knit crews to forgotten 90's house and techno gems and even shades of gritty brokenbeats, while the latter showcases the Cops' own productions. This, of course, is performed strictlywithout laptops or software processors, but with a bunch of drum machines, a couple ofsequencers, the latest outboard synths they've laid their hands on, a few pedals and a whole loadRestoring and remodelling since 2006. The mission lives on