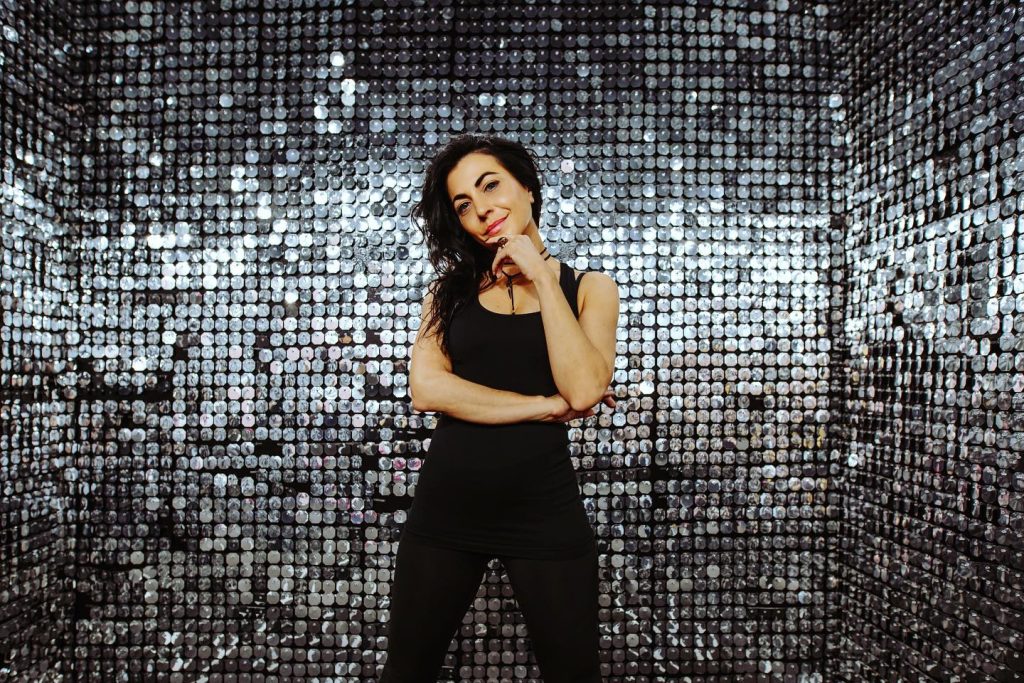 There is a line where the dark fuses with the light, the surreal with the sublime, the graceful with the powerful; it is within this line that Tara Brooks has carved out her truly dis#nct sound. Whether playing at an in#mate club, a packed fes#val, a dark warehouse, or a sunrise deep in the Burning Man Playa, her hypno#c, cerebral & experimental sounds induce the audience into an altered state, track by track, always leaving them with an incessant lust for more.
Growing up in a house where the warm melodies of old records constantly filled the air, the Southern California-born Tara began absorbing music at a very early age. Music runs through her blood as her mom plays piano & sings, while her English father sings and plays guitar. She grew up having a love and apprecia#on for everything from indie rock, classic, to 90’s rock, from hip-hop to punk and everything in between. But it was within the Los Angeles underground dance scene where Tara ul#mately found her calling. Struck by the power of the music and the loving vibe of the scene, Tara immediately knew she had to be a part of it.
Being a DJ first inspired her to express herself by making her own music, Tara's ethos is to help and heal others through sound, to take others on an experimental & innova#ve journey, and to u#lize her passion and giSs. Tara started her produc#on path learning with friends & over the years her hard work, experimenta#on, and risk taking created her unique & wide range of sounds & styles. She brings her original perspec#ve to the studio, crea#ng an incredibly diverse infrastructure that ranges from psychedelic soulful house to the heavier side of groovy acid techno, and all things in between. Her focus on the delicate interplay of pleasurable highs and dynamic lows while delivering a blend of trippy & dancing drums, lush melodies and enchan#ng atmospherics has created a new breed of sound that boasts a familiar yet futuris#c vibe that is unforgeVably and unmistakably Tara Brooks.
Having become one of the new breed of innova#ve DJ's has been a steady ascent from the Underground to performing at some of the most respected par#es. Tara has been on the bill for such renowned events such as The BPM Fes#val, The Cityfox Experience-NYC and LA, Stereo-Montreal, Rakastella- Miami, Desert Hearts, Coachella, SXM, Lightning in a BoVle, Public Works-SF, Sound-LA, Space-Miami, Ultra Music Fes#val, WMC, Flash-DC, Kater Blau- Berlin, Sisyphos-Berlin, Watergate-Berlin, OK Cool-Detroit, Rainbow Serpant Fes#val-Melbourne, Return to Rio-Sydney, Output-NYC, Wynwood Factory ,Electric Pickle, & Do Not Sit on the Furniture-Miami, and is a resident for Desert Hearts.
Tara's sounds spread worldwide and aVracted the discerning ear of John Digweed. He regularly requests her for Bedrock showcases & joined him in the closing of the legendary Output NYC. From crea#ng "Eunoia", her first EP on Digweed's seminal label- Bedrock to her latest EP “Wake Me”, which charted #1 in melodic house & techno February 2020, the releases are cri#cally acclaimed, resul#ng in a beau#ful explosion & greater exposure worldwide.
Tara has a rich tapestry to her sets, and they cover so many different moods and soundscapes, her sets are an emo#onal expression of a modern and futuris#c fusing of genres. She has a range and love for various genres that takes the listener on a storied journey that goes outside the box by connec#ng to the audience in a very personal and emo#ve way. Her style is a true mirror of Tara as a person, emo#onal, sensi#ve and full of fire.