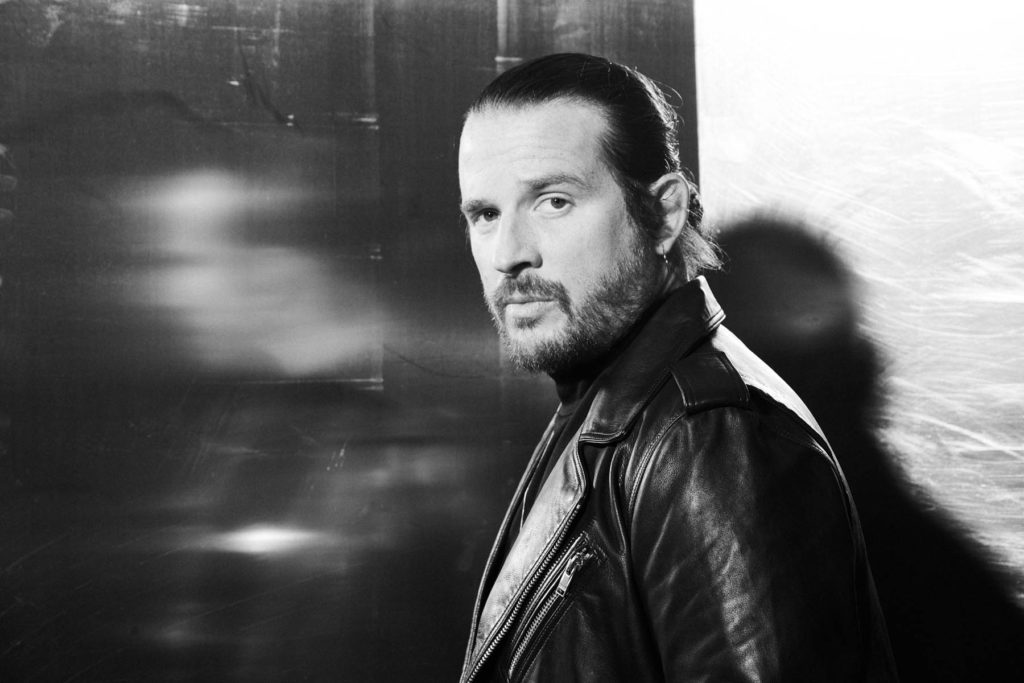 While refining his craft in the sweaty underground European clubs at the end of the last century, Luciano has become a true landmark of excellence and devotion to electronic music. Remaining true to his juvenile passion, his enchanting charisma has remained untouched despite his never ending face-off with ever-growing challenges. Born in Switzerland and raised in Santiago, Luciano fell under the spell of Detroit first and second wave of producers. Determined to share his passion for techno, he spun records in clubs where disgruntled rock fans stubbed out cigarettes on his vinyl. But Luciano carried on, gradually winning a loyal following and pushing dance music to uncharted territories in Chile. Not only DJing but also promoting Sense Club and Encuentros Con La Technocultura in Santiago de Chile together with many pioneers of the Latin American Electronic Music Scene: Señor Coconut AKA Atom Heart, Ricardo Villalobos, Dandy Jack just to name a few. He was a pioneer during the 90s in the electronic music scene in Chile together with Euphoria, Sidharta, Adrian Schop, Dj Down, Zikuta and many others. By the age of 21 his DJ career was blossoming as he was playing to thousands of ravers at Santiago’s parque Almagro or Love Parade. His love of music had brought him fame, but despite this huge success in his land, he forged ahead and moved to Europe, determined to face new challenges. He humbly made his way into the inner circles of the scene, thanks also to his South American associations, like Ricardo Villalobos and Dandy Jack, but ultimately finding and refining his own unique sound and style, an irresistible combination of minimalistic techno and hot-blooded Latin rhythms. A blend of emotions, rythm’s and melodies. Starting with a string of outstanding releases on acclaimed imprints such as Perlon, Peacefrog, Mental Groove, M_nus, Transmat, Playhouse, Klang Electronic, Metroplex, Novamute and many others Luciano founded Cadenza Records in 2003, a label that has become a trademark of excellence, brought a new genre of music and trend setting within electronic Dance music. Luciano vaulted himself into the annals of Ibiza dance history in 2006 by forming a partnership with Circoloco over a 3 year residency. In 2009, Luciano relighted the underground nightlife of the Isla Blanca with a free event at the Ushuaïa beach bar which soon turned into the biggest party of the summer. From then on, a Sunday residency at Pacha gave birth to the Vagabundos concept in 2010, leading him and his dandy fellowship of beatmakers to become the hottest summer sensation. The Luciano & Friends residencies were featured throughout the summers of 2012 & 2013 at the new Ushuaïa Hotel which had morphed from a tiny beach bar into a megaclub nested into an extraordinary hotel. During the summer of 2014 the Origins party turned Amnesia upside down. In 2017, Luciano & Friends was hosted on selected Thursday evenings at the beautiful open-air Destino for the past four summer. 2018 was the year of the celebration for the 15 years of his Cadenza label, which at the moment counts more than 120 releases; Luciano decided to release a distinctive series of 4 records entitled “Sequentia”, each one for a season of the year. At the same time, the Vagabundos traveled to new countries: Cluj (Romania), Sofía (Bulgaria) and Dubai. Furthermore, they inflamed the dancefloors of Koko (London), Fabrik (Madrid) and Pacha (Ibiza), while in August they took part at the massive Street Parade in Zurich. During the summer, Luciano was also the headliner of Dystopia at Ushuaïa (Ibiza), a fresh successful open festival-like concept. Finally in November, Luciano organized in Santiago de Chile the incredible Magik Garden Festival, attended by more than 10’000 people at the Piscinas Broadway; 15 hrs of music in which an handful of South-American djs joined Luciano himself, Sven Väth, Richie Hawtin and Loco Dice. This was one of the strongest moment of his extensive south american tour & allows him to release two compilations focussed on Cadenza south american artists. The following year, the 2nd edition of the festival has been another huge achievement; it featured a new Techno stage which hosted Chris Liebing, Matador and Nastia and an attendance of more than 10’000 people with heavyweight global artists as Sven Väth, James Jones Stephan Bodzin and Bedouin. This initiative, together with long-lasting 2019 tour in Mexico (including the huge Resistance festival), Argentina, and many other countries of South-America, has even strengthened the permanent tie of Luciano with his home continent; and also North America, the birthplace of House and Techno music has been fundamental for him throughout this last year, with selected successful shows in Detroit, Chicago, New York and Miami. During the summer, Vagabundos returned to Amnesia in Ibiza transformed into the up-to-date VGBDOS concept, a new interpretation of night clubbing essential, testified with a dj mix digital compilation titled “Luciano & cadenza presents VGBDOS Ibiza - Summer 2019”. 2019 has been also the the year of Luciano’s remix of the historical “Acid Track” by Chicago legends Phuture, of the touching “Canción Mapuche” with the evoking voice of Katy Prado, and of the stunning rework of “Llovizna” for his own Cadenza imprint. 2020, due to the worldwide pandemic and confinement allowed him to release 3 new maxis:''Luci Neu House" and ''The Evasion Of The Spiritual Soldier'' on the Japanese label: Mule Musiq. ''Nature Reverance'' on Basaec / Cadenza. And a remix of ''Atom'' - KCPK on PIAS Records, of Rony Seikaly '' What for ' & of ''Madre ( Feat La Nena )'' for Lou Gorbéa & José Burgos on Nervous Records. The first half of 2021 will see a Maxi Single on Cadenza with two remixes by Luciano for Thylacine and Mehari. Stay tuned. Lucien remains a tireless globe-trotter led by an heart-felt passion for electronic music and a sincere love for dancers and music lovers all around the world, which spread true joy and positive vibrations, smiles and unity.