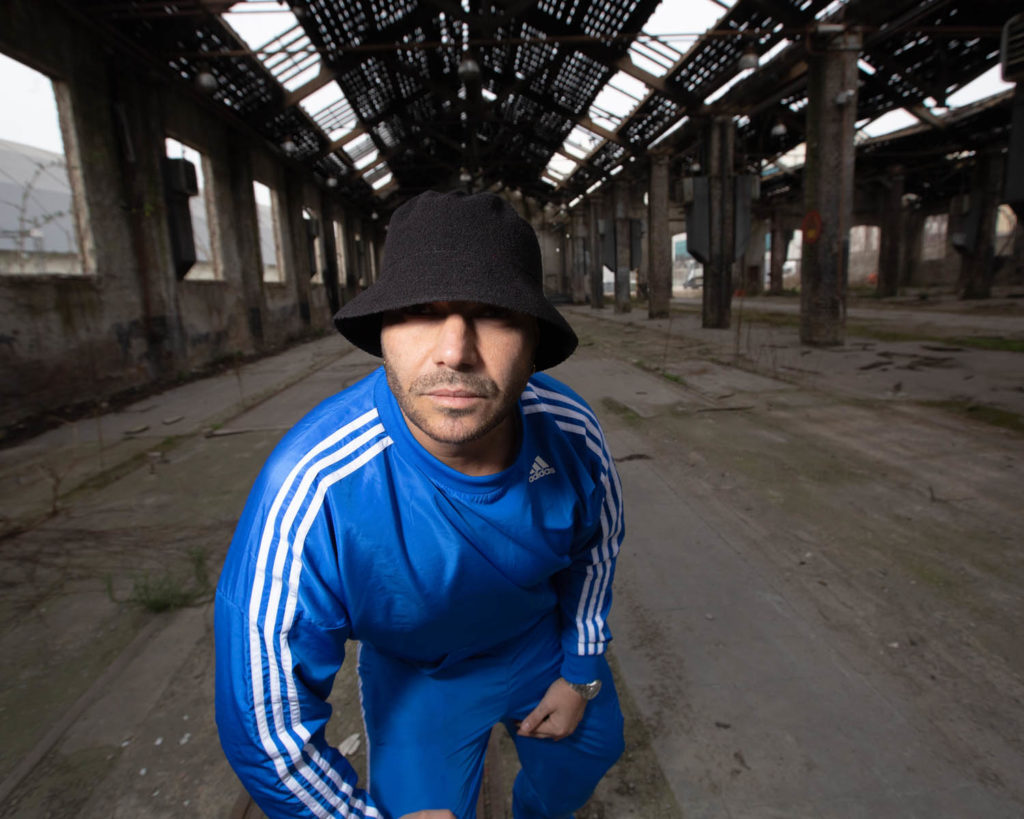 Idriss D has been surrounded by music since his early childhood. His grand father, Zerouala El Aarbi, was a big musician in Algeria, also his uncles were very prolific artists in their free time; and they were meeting every Friday in his grand-mother’s house to play together Chaabi and other traditional music.
Some time later, Idriss fell in love with Funk, Disco and all kind of Black Music thanks to the radio show he was listening and recording every evening and to the huge influence of his friend Nadir, a dj from Constantine.
In the early 90s, he discovered the club scene in Alger and especially Adel and Chafik, two djs who were icons in all the North Africa with there mixtapes turning around all the countries in Maghreb. And it was Chafik who asked Idriss to play for the first time, after his set at Rai Hamidou club.
After moving to Italy he worked in a very big insurance company called INA in order to being able to sustain his music passion. After 3 years, Idriss opened his records shop and started to organize small parties in Mantova , where he quickly established himself among the new talented names in the game thanks to his mixing skills, his unique style, and his hypnotic dance vibes. His prowess and his perseverance led him to widespread acclaim in the country nightclubs and to play at some of the most renowned venues such as Echoes, Cocoricò , Red Zone,Angels of love and Mafia club.
He is still resident at Cocoricò Riccione, one of the biggest and most popular clubs in the European scene, and his label Memento hosts a weekly party in the precious Macarena club in Bareclona. His impressive touring has brought him to clubs such as Tresor, Watergate and KaterBlau in Berlin, Club 4 and El Row in Barcelona, Rex in Paris, Norsdstern in Basel ,Amnesia Milano, Privilege Ibiza.
Idriss D popularity as artist manager grew up as he founded dbArtists, an agency focused on breaking through Italian nightlife and party culture with the booking of international and national talents.His agency soon became an exclusive partner for Minus, Clonk and Freak N Chic. Later he started representing Cadenza,and Luciano.
Beyond his busy dj schedule, Idriss has succeeded building in 12 years a strong international reputation for his own imprint Memento, signing artists as Carl Craig, Luciano, Ten Walls and The analogue cops and releasing music of many gifted underground producers like Lino Pugliese, Acirne and many others.